I often work with people who are asked to give a presentation at a conference.  Brian Littleton, founder and CEO of ShareASale was recently asked to give the opening keynote at Affiliate Summit East 2015 in New York.  He was comfortable speaking on panels and to small groups but had never written or given an hour keynote speech before.  We started with a basic outline and in just a few sessions came up with a very inspiring keynote which helped many people in the affiliate marketing business.

Since Brain founded ShareASale in 2000 with almost zero capital, and built it to one of the largest affiliate networks in the world, he had a lot of advice.  But what was most important is that Brian was authentic and showed his personality. Brian said “ Not only did you help build content and shape the entire keynote, your insights into how a speech should really be built helped me maximize the impact to the audience.”

John Chou a reporter for the event said “I learned a lot from Brian’s keynote. The crowd gave him a standing ovation.”

Shawn Collins, one of the founders of the conference told me “You did a great job as his speaking coach, he owned the room.” 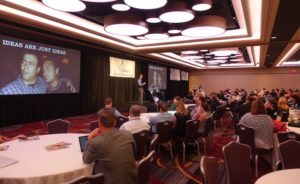 The bottom line here for you is to craft your speech for the audience and make sure it’s all about them.  Even through your history and stories, it’s still about what they can learn from you.  It’s important to allow enough time to prepare and rehearse.  And above all, be yourself and just talk to them instead of giving a speech. Your audience can relate to you much more if you be yourself instead of putting on a forced speech. 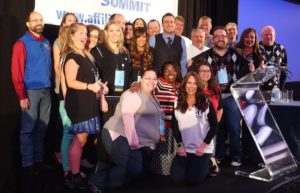 Client success is of utmost importance to me. Your success is my success.  I’m proud of Brian for working so hard and hitting a home run in his keynote.  If you need help with any type of presentation or communication issue I would be happy to help you also.  Just call (708)710-2562 for a free phone consultation.